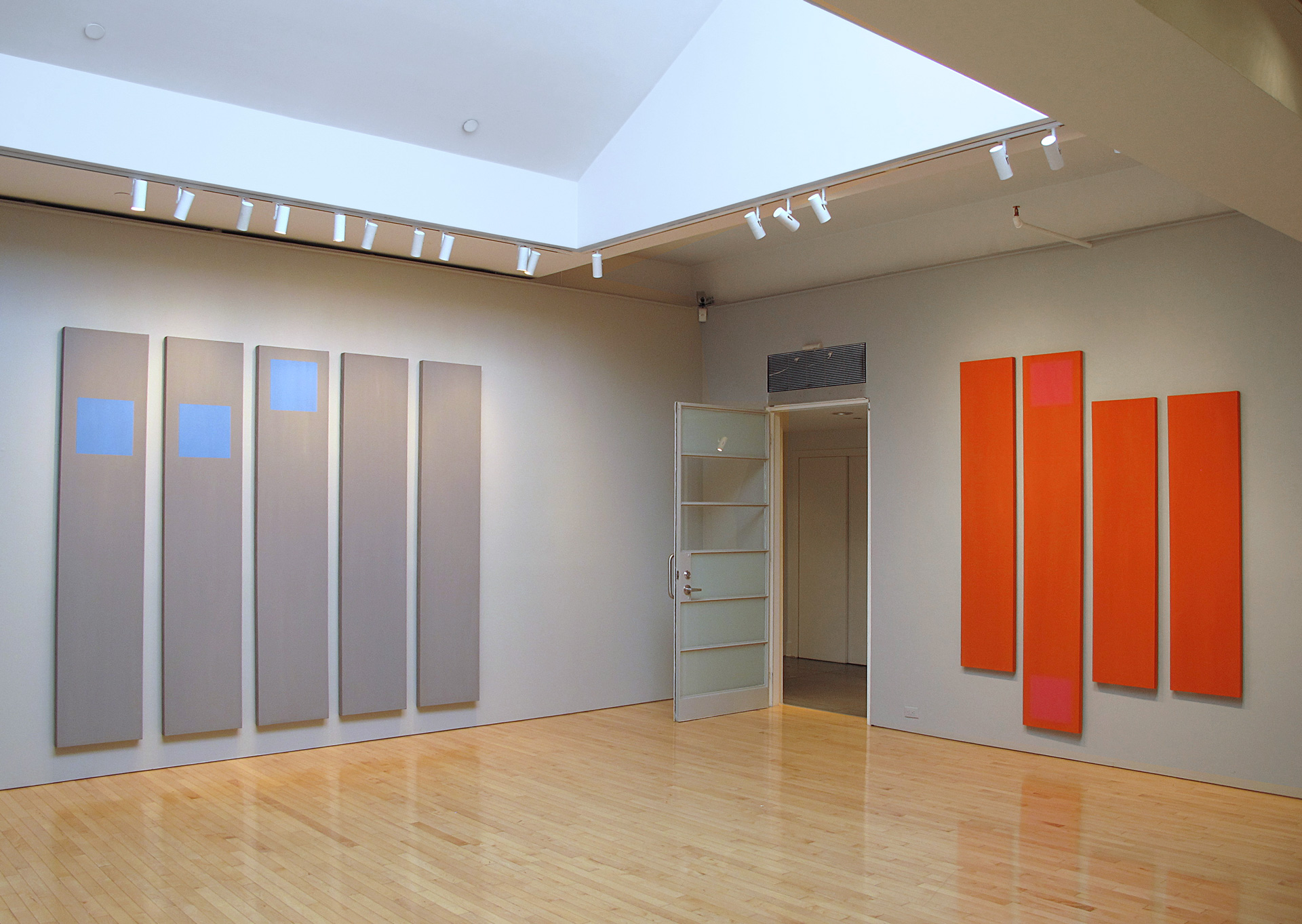 Ohlson was born in 1936 and raised on a farm near Cherokee, on the little Sioux River in north-west Iowa, where his Swedish grandfather settled in the nineteenth century. The empty, endless landscapes of the Mid-West and the Northern Protestantism of his upbringing must have influenced, but do not “explain” his art. He studied painting at the University of Minnesota. In 1961, he came to New York and graduate School at Hunter, where he now teaches.

Ohlson’s style has been geometrical since his student days; it is a natural rather than evolved mode for him. Within it, his investigations have been intensive. He very early decided that figure-ground ambiguity was exhausted for him, and it would be a mistake to look for that in his work. He has hardly ever uses more that three or four colors in a picture but never went all the way down to one, either. Moving from static, frame-oriented symmetry to design in which the forms began to “float, freed from the edges,” in his words, he found his colors getting at the same time darker and more and more tundra, until most of his paintings came to have black fields.

Too, each came to have only a single rectangle or square of another color, close in value to that of the field.Dissatisfied with the overwhelming illusion of recession in the dimness, he made the paintings more concrete by dividing them into two stretched canvases of equal height but unequal width. These were the same color and were joined, so what was created was an internal edge – an “undrawn line,” he calls it, or a thin vertical dissociated from contour since optically it separated nothing. After these paintings (shown in 1967), which were charged with impendence, the gap widened and multiplied. That, and a renewed exuberance of color after a dark period, have gone into producing the current series. 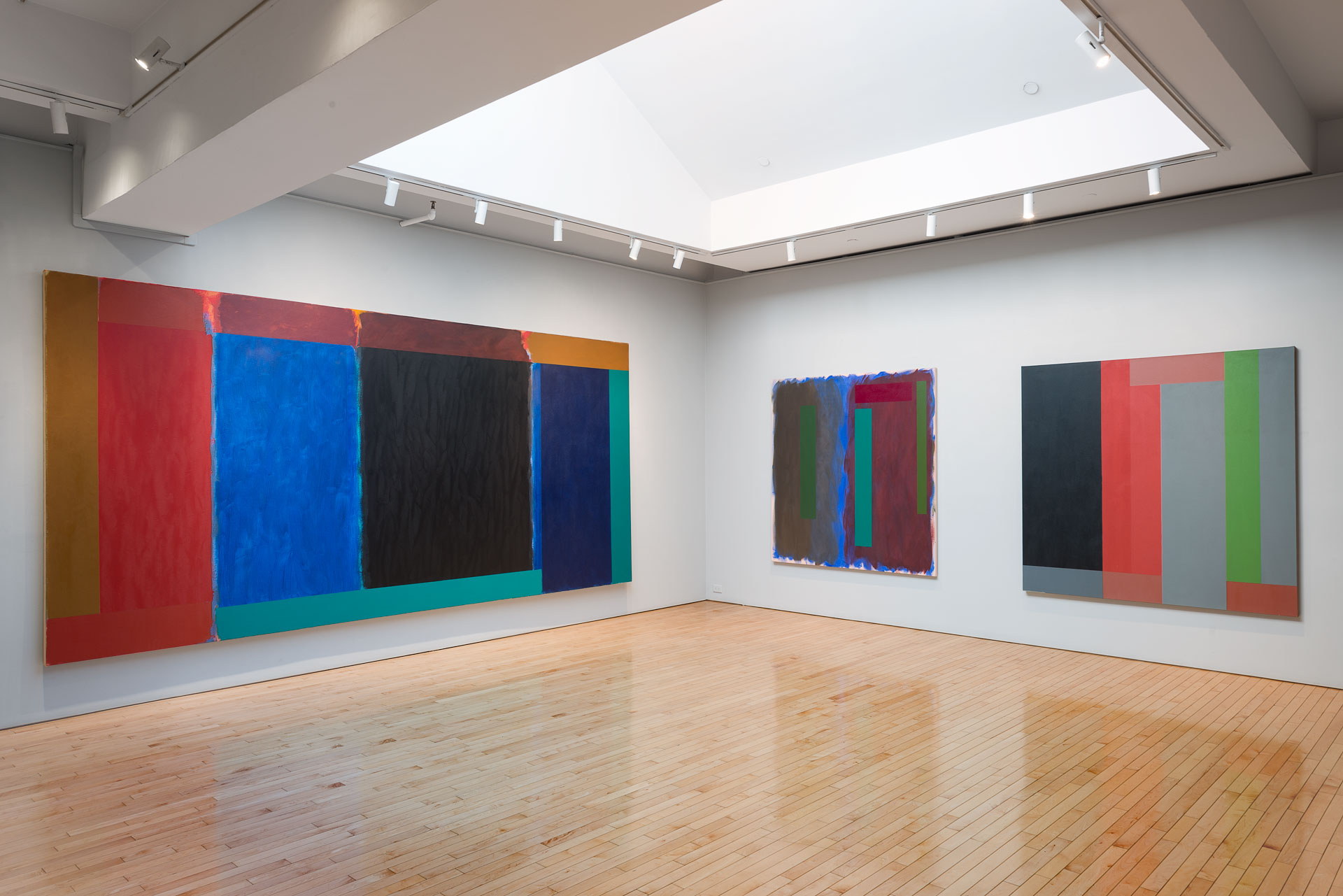 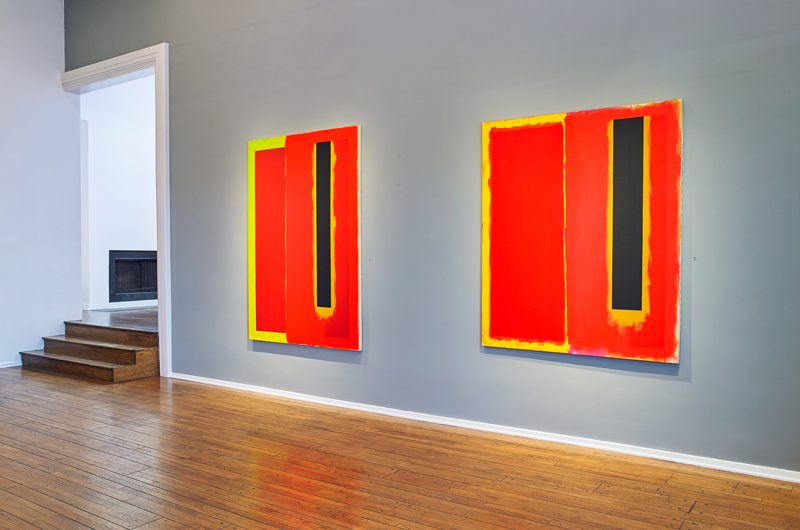 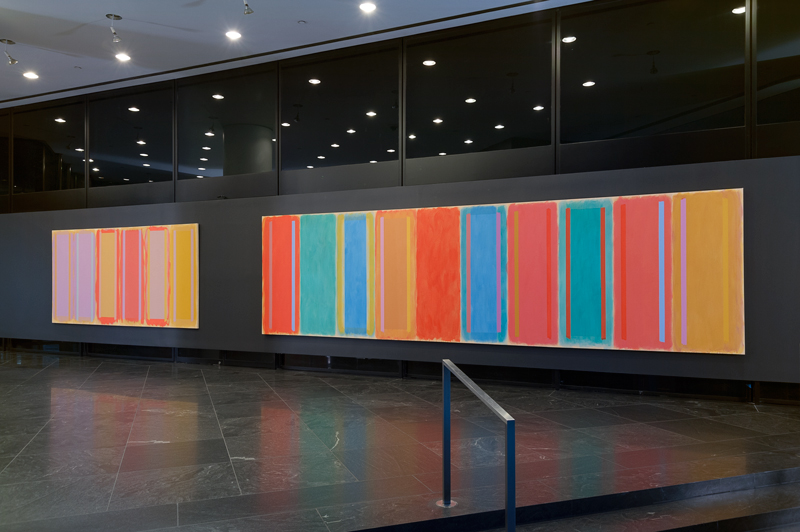 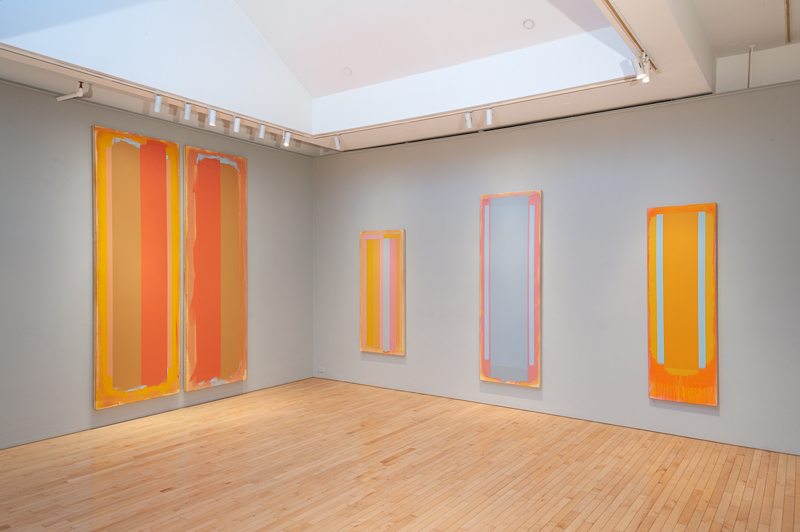 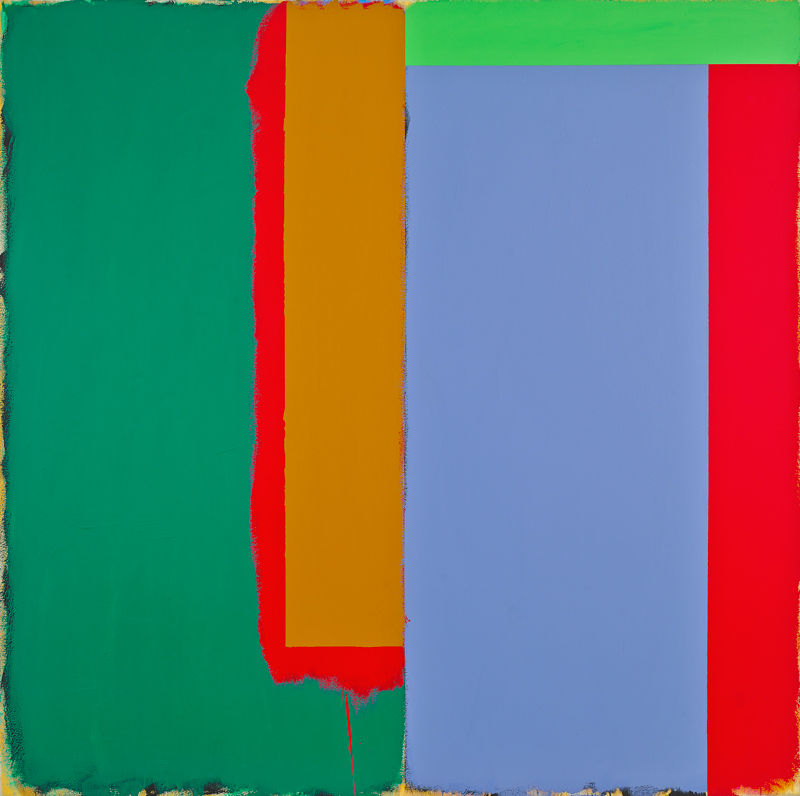 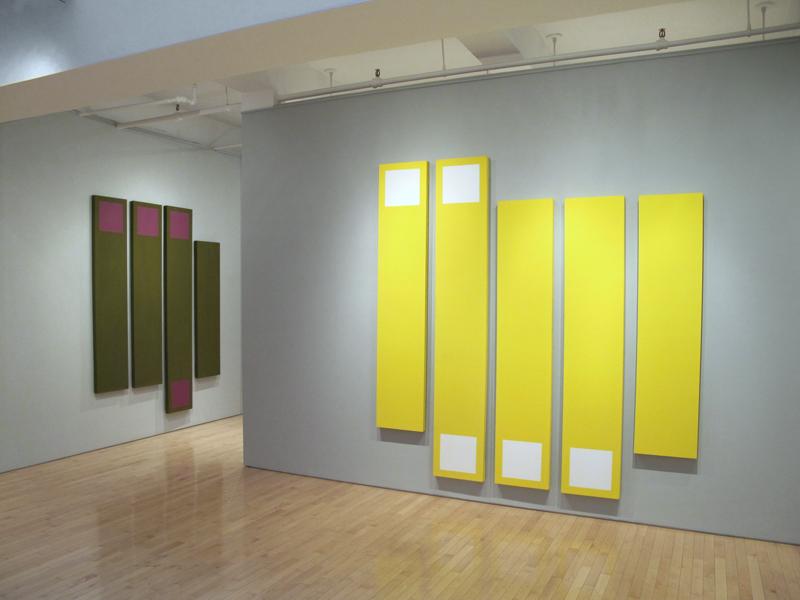 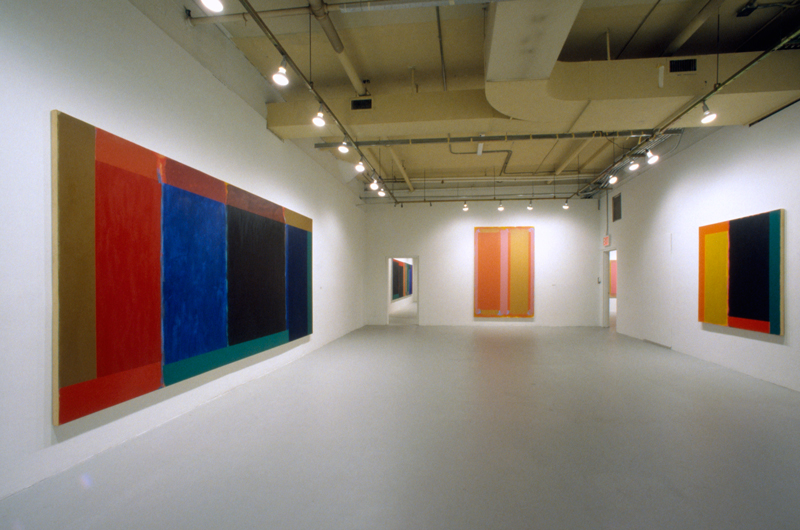